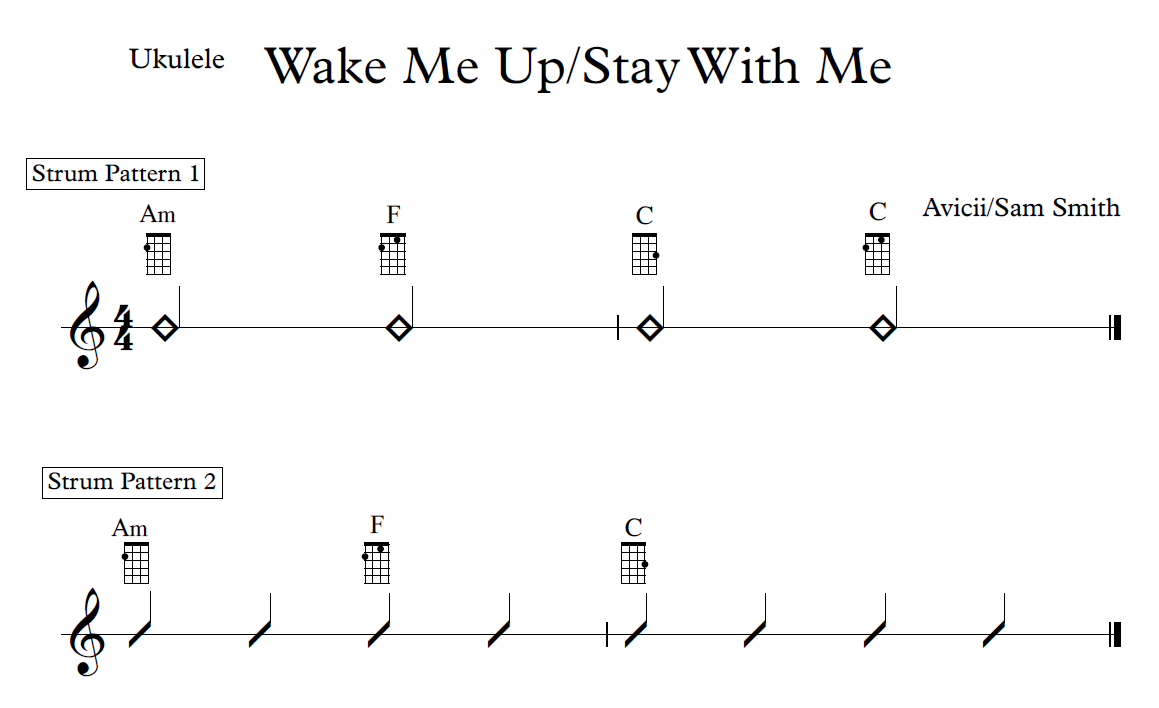 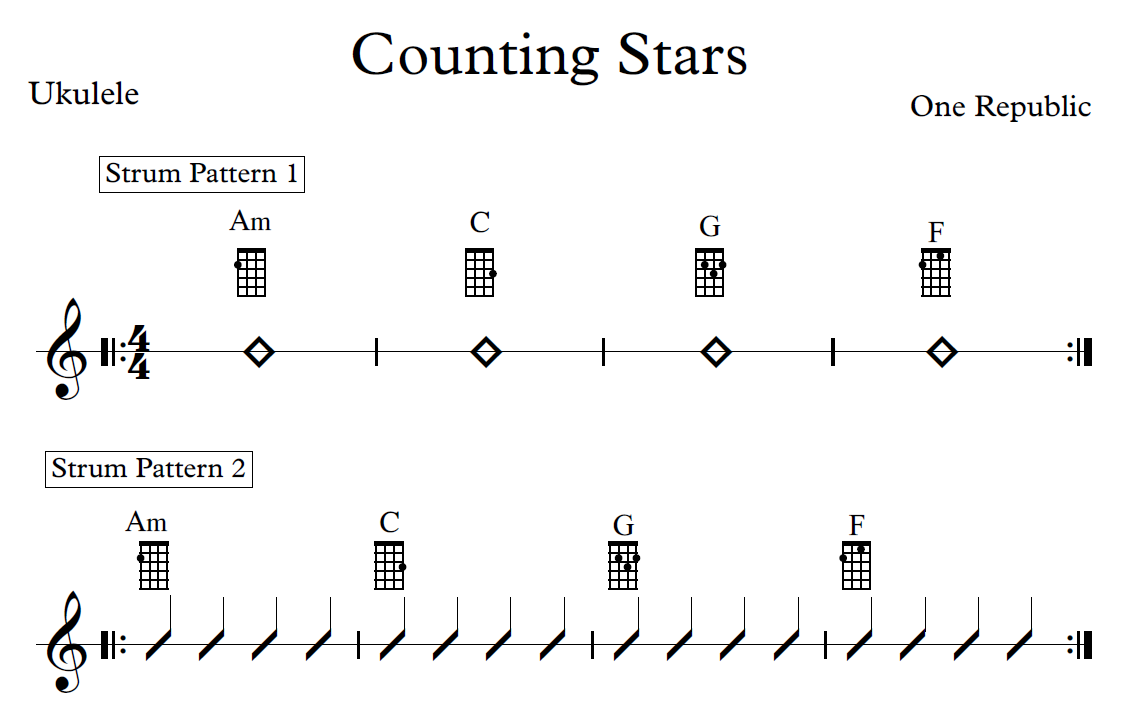 PRACTICE AT HOME
Can you play along to this playlist of videos?
Find chords, tabs and lyrics for hundreds of popular songs here: https://ukutabs.com/ 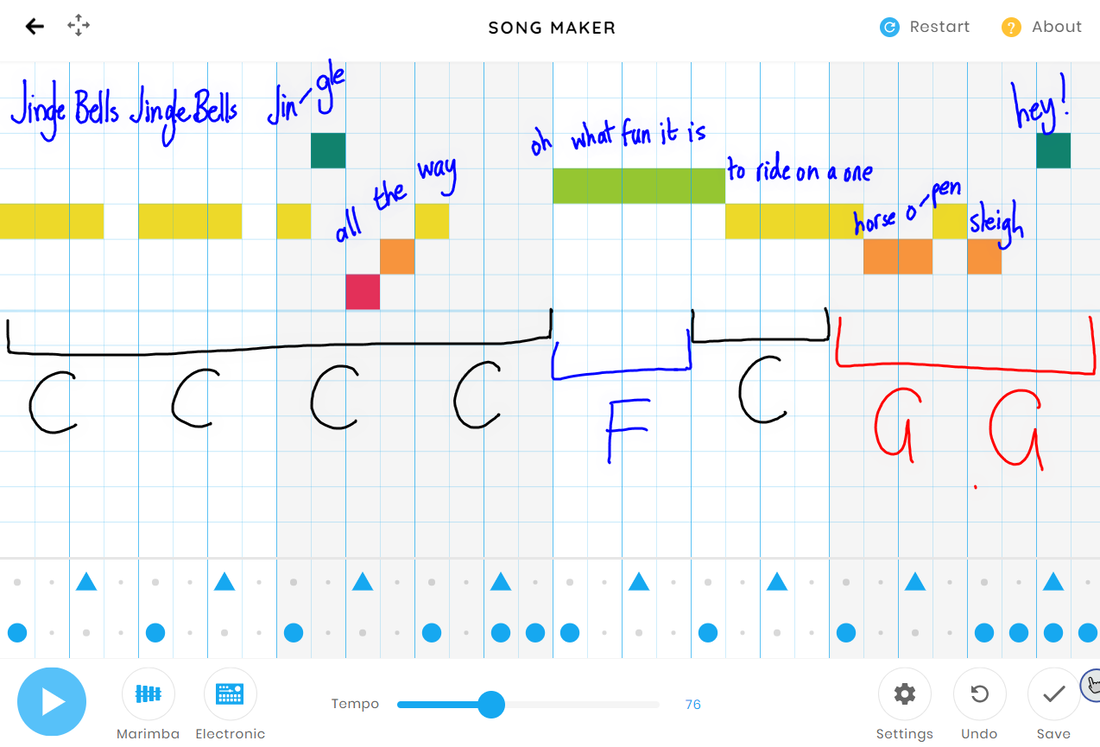 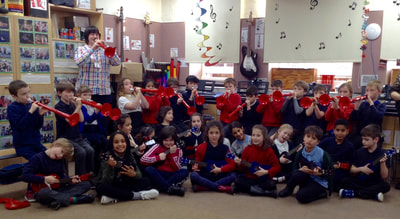 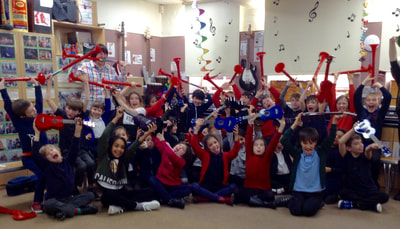 Somewhere Over the Rainbow

SING:
Someday I'll wish upon a star and wake up where the clouds are far behind me
Where troubles melt like lemon drops, away above the chimney tops, that's where you'll find me

(Now strum each chord only ONCE)

The Ukulele Orchestra of Great Britain 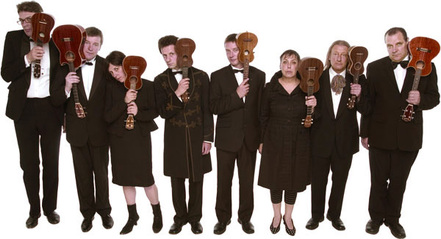 The Ukulele Orchestra of Great Britain is a group of all-singing, all-strumming Ukulele players, using instruments bought with loose change, which believes that all genres of music are available for reinterpretation, as long as they are played on the Ukulele.

A concert by the Ukulele Orchestra is a funny, virtuosic, twanging, awesome, foot-stomping obituary of rock-n-roll and melodious light entertainment featuring only the “bonsai guitar” and a menagerie of voices in a collision of post-punk performance and toe-tapping oldies. There are no drums, pianos, backing tracks or banjos, no pitch shifters or electronic trickery. Only an astonishing revelation of the rich palette of orchestration afforded by ukuleles and singing (and a bit of whistling). Audiences have a good time with the Ukulele Orchestra. Going from Tchaikovsky to Nirvana via Otis Redding and Spaghetti Western soundtracks, the Orchestra takes us on “a world tour with only hand luggage” and gives the listener “One Plucking Thing After Another”.

Using instruments small and large, in high and low registers, whether playing intricate melodies, simple tunes, or complex chords, and sitting in chamber group format dressed in formal evening wear, the Orchestra uses the limitations of the instrument to create a musical freedom as it reveals unsuspected musical insights. Both the beauty and vacuity of popular and highbrow music are highlighted, the pompous and the trivial, the moving and the amusing. Sometimes a foolish song can touch an audience more than high art; sometimes music which takes itself too seriously is revealed to be hilarious. You may never think about music in the same way once you’ve been exposed to the Ukes’ depraved musicology.