In the Hall of the Mountain King
Grieg's music drew on the Norwegian folk tunes of his homeland. He wrote many songs and piano miniatures. He was a leading composer of the Romantic era and brought the music of Norway to an international audience.

Grieg's 'Peer Gynt Suite' tells the story of a young boy – Peer Gynt, who falls in love with a girl but is not allowed to marry her. He runs away into the mountains but is captured by trolls who take him to their King. Peer Gynt tries to escape but is chased by the trolls and runs into the troll King but eventually gets away.

Listen out for the strings that play the sounds of Peer tiptoeing and running to escape. The tiptoeing sound is an effect called pizzicato where string players pluck the strings of their instrument rather than use a bow. 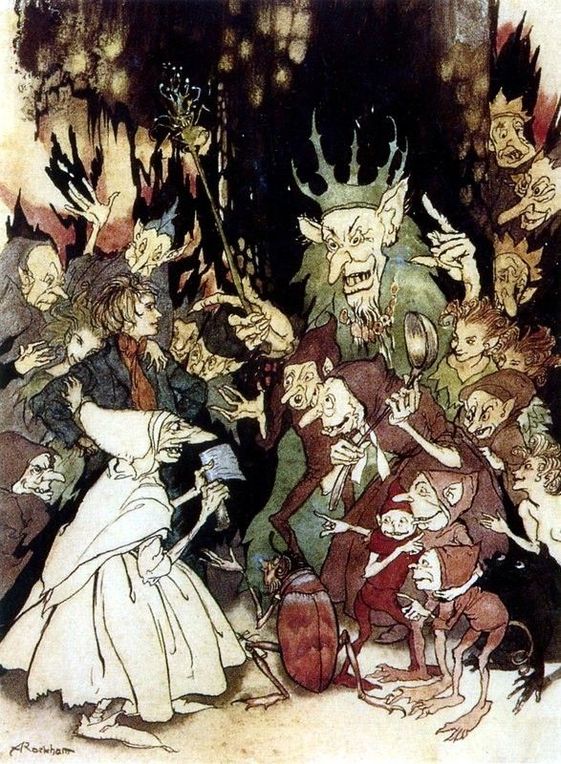 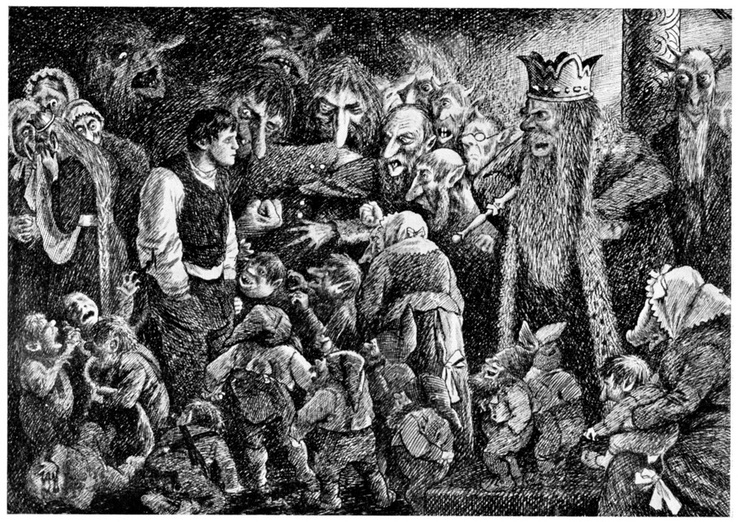 Focus of Lesson:
Introduction to the piece
Identification of musical genre
Context and understanding of instruments
Creation of new work based on incidental music
Active feedback on pupils’ work

Key Vocabulary:
Tempo: the speed at which a piece of music is played
Dynamics: the volume of the sound or of a note
Incidental music: background music to a story or a play
Soundtrack: a recording of the music to accompany a film (or similar)

‘In The Hall of the Mountain King’ is from a bigger piece of music called ‘Peer Gynt Suite’, which is about a young boy called Peer Gynt, who falls in love with a girl called Solveig (sool-vay), but he is not allowed to marry her. With a broken heart, he runs away into the mountains so that he can be alone. However, he is not alone..... when he arrives at the mountain, he is captured by ugly trolls and taken to the troll king.

In the middle of the night, he tries to escape from the underground kingdom of the trolls while it is still dark. He tiptoes as quietly as he possibly can, but the trolls hear him, and chase him through the mountain corridors. Eventually he runs into the king, but he manages to escape by the skin of his teeth.

Listen to the piece of music with your eyes closed. Does it sound like Peer is being chased by trolls? Is the music fast or slow, and does it change speed? Why? Which instruments can you hear being played in the orchestra? Can you identify the difference between quiet music (piano) and loud music (fortissimo). What do these changes in volume represent?

Listen to the first few bars of the piece of music, where Peer is tiptoeing through the mountain to try and escape. Did you recognise the instruments being played as string instruments? In this section, the stringed instruments aren’t being played with a bow, but are being plucked by the fingers. This technique is called pizzicato (pit-zi- car-toe). Playing pizzicato helps to make the notes very short, which sounds like tiptoe. If the notes were big, long, loud notes, what would Peer Gynt be doing?

Create a short piece of music, in small groups, based on a story with which everyone in your group is familiar. Think about what type of story it is, who are the characters involved, does it have a happy or a sad ending?

Act out the story as well as creating and performing music to go with it. Slightly bigger groups will allow for there to be a group of musical performers, plus two or three children to act out the story/play. First act out your story without the musical accompaniment to demonstrate how important the music is in making the story come alive.

Create Music for a Chase Scene

‘In the Hall of the Mountain King’ is from the incidental music that Grieg wrote for the play, ‘Peer Gynt’ by Norwegian playwright Henrik Ibsen. At the point in the play when this music is played the protagonist, Peer Gynt, has been captured by some trolls in the mountain. In a dream-like fantasy, he tries to escape, at first by tip-toeing so as not to wake the sleeping trolls. But when they wake he is chased around the hall of the mountain troll king. One of the interesting features of this composition is the way Grieg starts with a simple opening theme and then cleverly modifies and orchestrates it, changing dynamics and tempo along the way, to conjure up the image of frenetic trolls chasing Peer Gynt!

Before beginning to compose, listen to the recording of In the Hall of the Mountain King. What can you hear? Initially, Peer Gynt sneaks away from the troll King, Describe why you think the music sounds like someone creeping! (E.g. quiet, gentle, slow etc.)

Some trolls hidden in the crooks and cracks of the old hall wake up as Peer Gynt tries to find his way out. Can you describe how the music changes to demonstrate this? Grieg uses brass instruments joining in on the last note of the motif to represent this idea. Think about which instruments you could use to show your story has changed. The trolls don’t want Peer Gynt to know they’re on to his escape!

Peer Gynt keeps turning corners, shifting from the first and modified motifs while more and more trolls begin to wake up and join in the chase. Describe what happens to the tempo, dynamics and orchestration to illustrate this.

Peer Gynt realises the frenetic trolls are right behind him and as he turns one way he finds a door, but it is locked! He turns another way to find another door, but that is locked too! He turns around one final time to find the King looking down on him. This is where Grieg’s piece of music ends. What do you think about what might happen next?

You may wish to use the story of Peer Gynt as the basis for a composition, or you could make up your own chase story to orchestrate.

Compose a short motif for your chase, using notes from a D minor scale: D, E, F, G, A, Bb and C. Remember to compose something that is not too fast at the beginning as the chase is only just beginning!

Perform
Once you have rehearsed your chase music, perform in your groups to the class.

Vocabulary
Incidental music - music that is performed as part of a spoken drama
Motif - a short musical idea, melodic, rhythmic or harmonic or any combination of these.
Tempo - speed or pace
Dynamics - volume
Orchestration - choice of instruments
Transposition - changing the pitch of some music, either higher or lower

Notation for Beginners:
Notation for Grades 1 & 2:
Backing Track - try playing along to it...